-"We go Mapping so You can go Fishing"

Since 2009 FishTec has been refining the art of building fishing charts. There is a vast difference between a navigation chart and a fishing chart. Those who have been using your typical big brand navigation charts for a number of years will testify as to the lack of detail when it comes to actual fishing, but for general navigation they are fine.

FishTec HD Fishing Charts have multiple chart types on a single chip. This offers the angler every possible bit of information he would ever want to know before even going fishing on a body of water he has either never fished in his life on the opposite side of the planet or on his local dam he has been fishing for 30 years.

Contours form the basis of any chart as this is the basic structure of the body of water. Fishing charts require contour intervals of no more than 1ft in the shallows and 3ft in the deep. In order to collect such detailed and accurate data the survey grid of the craft collecting the data is never more than 40m apart for the deep and as low as 15m apart in the shallows where the most detail is required for fishing.

These charts were created by the government's department of water affairs typically and can be extremely valuable depending on who the actual surveyor was at the time and his dedication to the task. One of the biggest advantages these charts have over surveyed contour charts is that they very often contain data such as old roads, bridges, foundations, paths and many other points of interest. 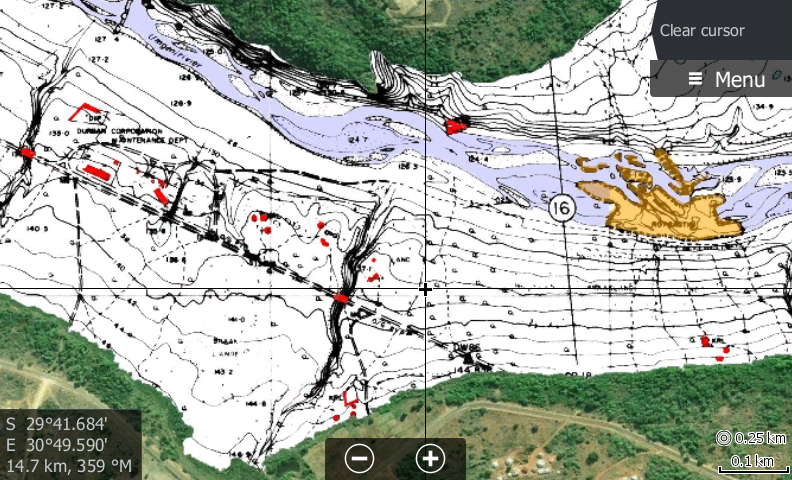 I doubt there is an angler on the planet that does not know what sidescan sonar is by now. This revolutionary life like representation of the bottom using high frequency sonar has changed the way we look at what lies beneath forever.

​Anglers would drive around for hours, days and sometimes weeks without putting a rod in their hands, taking hundreds of waypoints of interesting objects identified on the screen. Unfortunately, once the angler returns to these areas and picks up a rod to start fishing, his chart plotter now only has contours, hundreds of waypoints and all that amazing imagery is lost.

Lowrance introduced StructureMap with the release of their HDS Gen2 units which allows you to record the data while driving around and then display it as an overlay on top of your contour chart. As fantastic as this concept is it has major quality issues due to memory restriction, how the data was collected and ultimately data management over time.

FishTec added sidescan Mosaic to the charts around 2014. This changed the way anglers fish because now an actual image can be tied to those hundreds of waypoints and anglers could also understand why they caught fish in certain areas and other areas not. These Mosaic charts were certainly better than any built in sidescan mosaic, but still lacked the detail we knew could be possible.

In 2017, in preparation for the Black Bass World Championships being held on the Vaal River - South Africa, FishTec released a sidescan mosaic the world had never seen before, now commonly known as UltraHF. 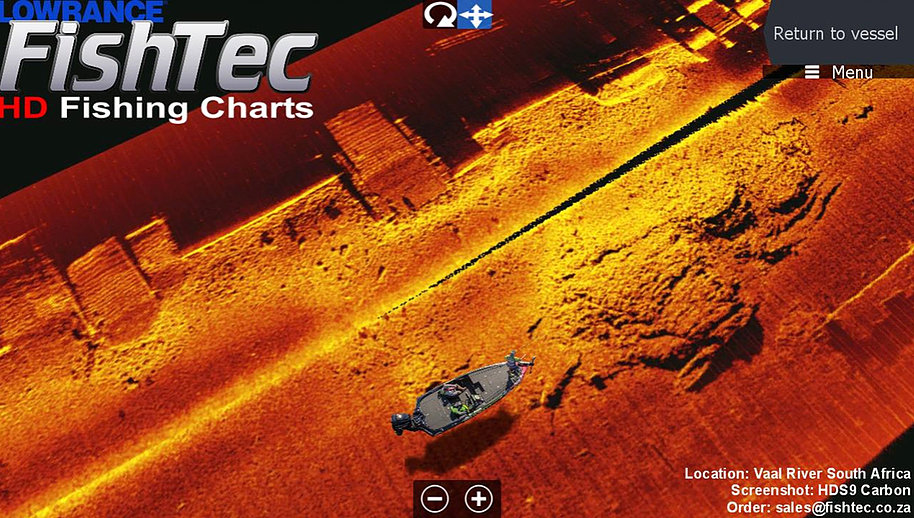 The single biggest challenge to creating a high quality sidescan mosaic is how the data is collected. The craft design is key to quality data but unfortunately the human element to how we drive, even with the assistance of an autopilot, makes it impossible to create multiple perfect passes, particularly when 'contouring' a shoreline. This is a job for a machine, or in other words - Artificial Intelligence in the form of a Hydrone.

FishTec has been working on a project since 2016 to develop a Hydrone capable of collecting vasts amount of data quickly and effectively for many hours at a time. This Hydrone is now in full operation and is known as My Artificial Intelligence Mapping, or 'AIMy' for short.

Multiple craft can be used simultaneously and the result is simply amazing ... 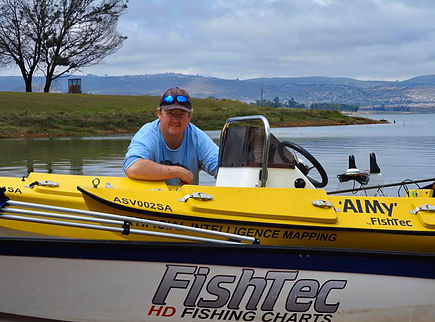 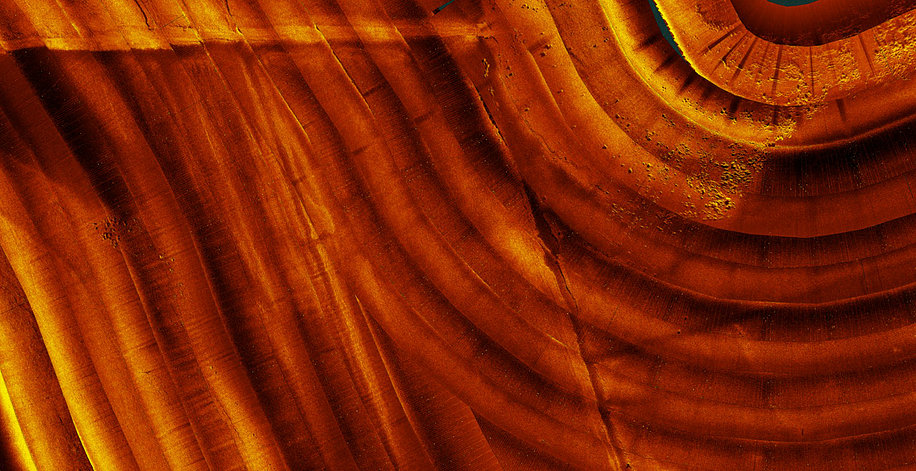 Satellite imagery has become very popular amongst anglers, especially low level history imagery of when the body of water was low due to a drought. The problem with this imagery is that the resolution is poor, especially when zoomed right in on the chart plotter. 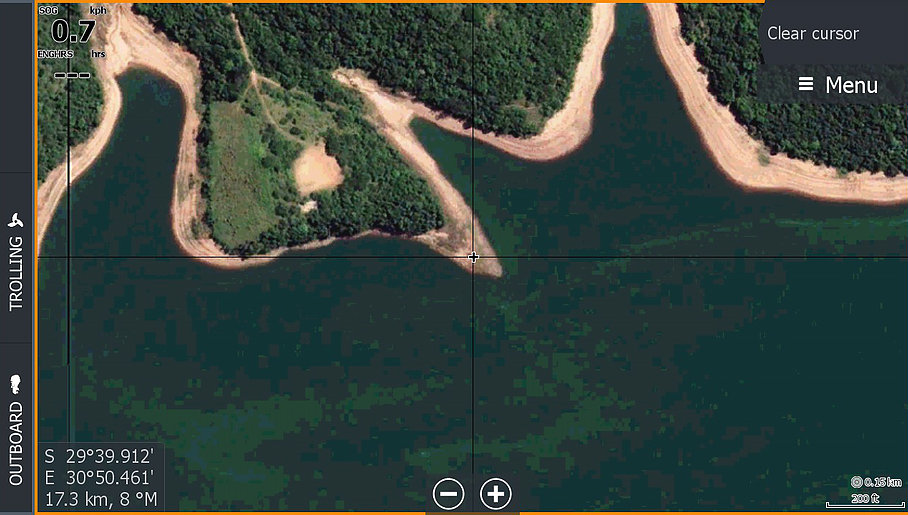 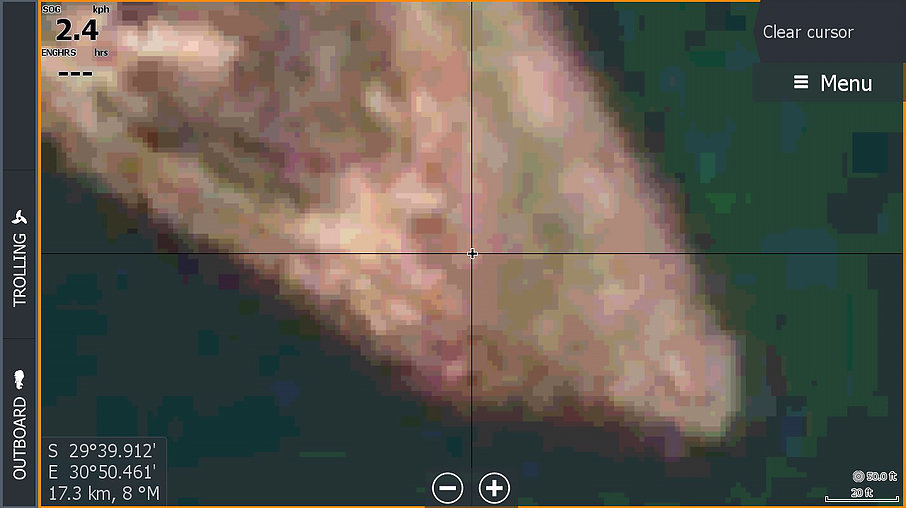 FishTec started using a very high definition flying camera to collect this low water level data on local reservoirs giving detail of up to twenty times that of your average satellite imagery. 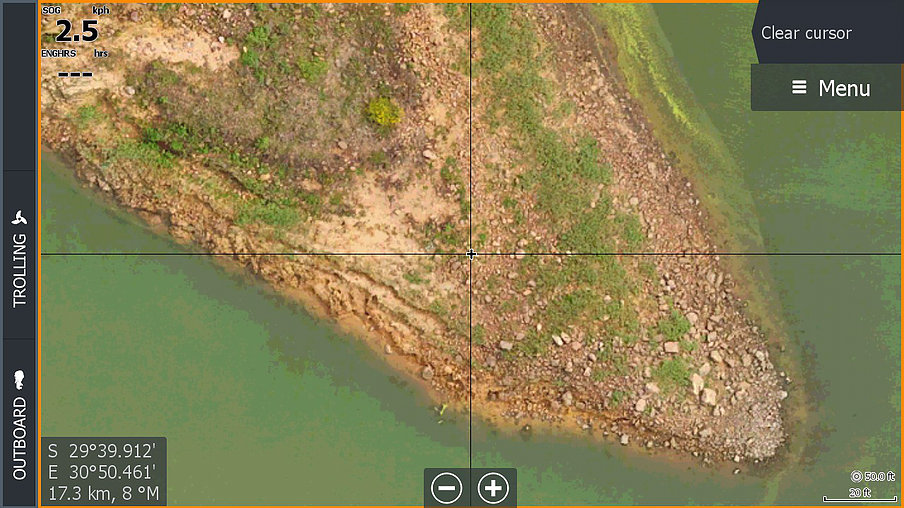 Due to the remarkable high definition of the flying camera imagery, a form of light distance ranging is used to create a 3D like contour chart. Take this little hump for example, even with very slight depth and height variations, you can clearly identify what is a hump and what is a hole. 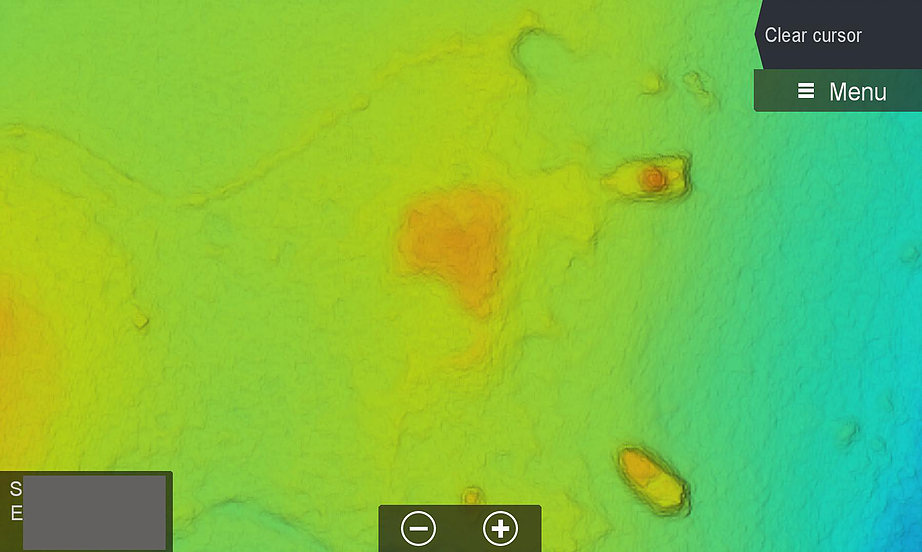 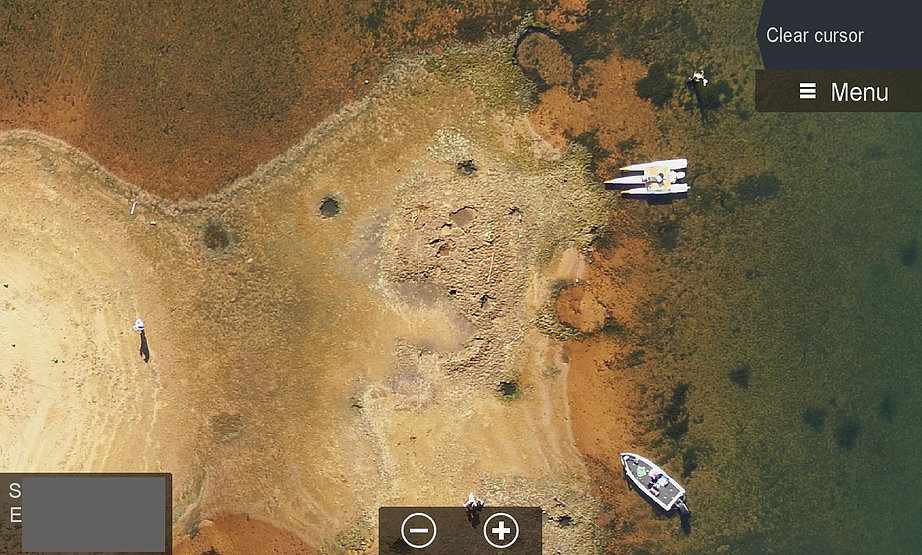 This is another revolutionary tool offering users the most intuitive georeferenced image viewer to date. If you are one of those anglers that have taken hundreds of photos with your phone or small compact camera, and then tried to tie it all together as a usable tool, you would have realized by now that it is nearly impossible to manage the data quickly and effectively. With the FishTec HD Fishing charts, this data is accessible right there on the fishfinder off the chart without having to scroll through hundreds of photos. These images can be zoomed in and scrolled around to identify very important objects that fish could relate to.